When Ice cream Sandwich launched we found many changes in it like new features and graphics elements.

It includes multitasking, virtual button, terminal, action bar and thumbnails with scrolling. Before this was not a good multitasking process whenever we try multitasking mostly android system crashes.

Google had also released the account manager for ice cream which compatible with this older operating system. this version will not support in any latest OS but it was compatible with 4.0 and 4.0.3.

Other versions of  manager 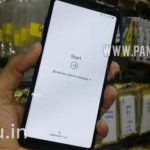 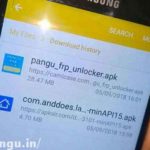